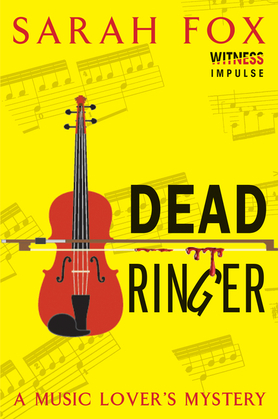 Midori Bishop's life is hitting all the right notes. She has her dream job playing violin in the Point Grey Philharmonic Orchestra, and is embarking on a new relationship with the symphony's hot maestro. But when Midori finds a cellist strangled to death during a rehearsal, the maestro soon becomes the number-one suspect and Midori his only supporter.

Midori sets out to prove the maestro's innocence, but soon discovers that he and many others have secrets they would rather keep hidden. For someone who was only a ringer—a temporary member of the orchestra—the dead cellist had certainly made a lot of enemies. And as the investigation takes Midori closer to the truth, the killer gears up for a grand finale—with Midori as the intended victim.