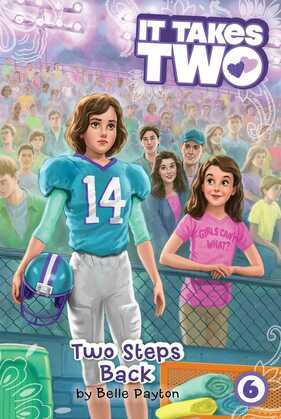 A rival football team refuses to play against Ava—and her twin wants to cover the story for the local news in the sixth book of the It Takes Two series!

Alex is thrilled when she finds out she’s won a young reporters contest to produce her own piece on the local news. What a great thing to add to her resume...and what a great way to show her crush, high schooler Luke Grabowski, that she’s super mature for her age. She’s on the prowl for a juicy story when one pops up right under her nose: the Tiger Cubs’ biggest rival is refusing to play football against her twin!

Ava’s conflicted: should she let her team stand by her and refuse to play, or should she spend this game on the bench? She doesn’t quite know what to do, but she does know one thing: she’s not interested in being the subject of Alex’s news story! Is Alex willing to give up her big scoop to support her sister?