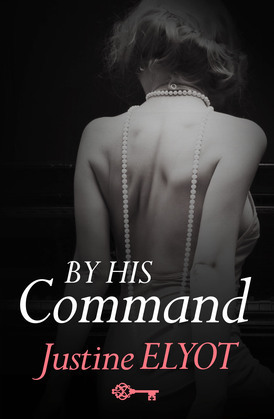 Sarah and Jasper Jay are back for more kinky fun. But this time will it lead to a commitment that reaches beyond mere games of passion? The sequel to Justine Elyot’s bestselling His House of Submission.

Sarah’s new job as a costumed guide at a Victorian museum suddenly becomes more tense when Jasper Jay, her lover and master, appears without warning. Jasper is scouting the museum for a film about the sexual misbehaviour of 19th Century lords and the women in their service. A cover story that will allow him to indulge their private fantasy life in authentic surroundings.

Beyond the risky role play, under the eyes of Sarah’s colleagues, Jasper’s presence also puts him within reach of Sarah’s family who know nothing of her secret relationship with the world famous film director. But such a dangerous proximity to her family threatens to spoil their fun while forcing Jasper to think seriously about their future.

Is this just all a game after a crazy summer fling, or will it free them from their respective pasts?