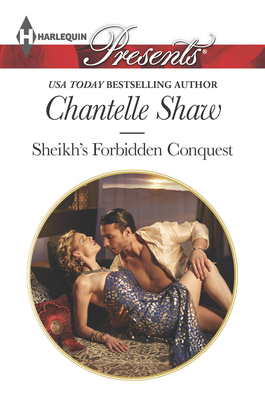 by Chantelle Shaw (Author)
Excerpt
Fiction Contemporary women Romance
warning_amber
One or more licenses for this book have been acquired by your organisation details
EPUB
26 loans, One at a time
Details

Sultan Kadir Al Sulaimar may be Europe's most notorious playboy, but since his bride-to-be finally came of age, he's sworn to be faithful to the princess he's never met.

Yet when feisty helicopter pilot Lexi Howard saves his life, she turns Kadir's regimented world upside down. His first duty must be to his country, but avoiding the sensual pilot is becoming increasingly difficult…especially now that she's working for him!

Lexi's disregard for his command is somewhat…refreshing. Can the desert king resist making her his final—and most forbidden—conquest?