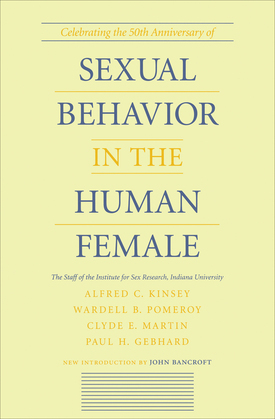 Sexual Behavior in the Human Female

Originally published in 1953, the material presented in Sexual Behavior in the Human Female was derived from personal interviews with nearly 6,000 women; from studies in sexual anatomy, physiology, psychology, and endocrinology. The study revealed the incidence and frequency with which women participate in various types of sexual activity and how such factors as age, decade of birth, and religious adherence are reflected in patterns of sexual behavior. The authors make comparisons of female and male sexual activities and investigate the factors which account for the similarities and differences between female and male patterns of behavior and provide some measure of the social significance of the various types of sexual behavior.