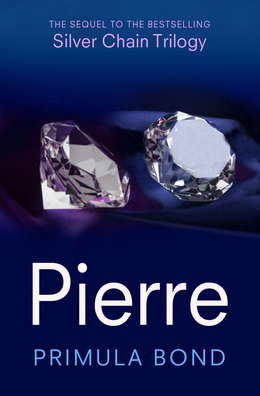 Pierre Levi fears that the hit and run which nearly killed him was the only thing capable of stopping his destructive behaviour. Now he’s torn between his desire for reconciliation with his brother, Gustav, and his attraction to Serena, Gustav's girlfriend.

The sequel to the bestselling Silver Chain trilogy.

When Rosa Cavalieri, a nurse at the exclusive Aura Clinic, meets the traumatised Pierre Levi in room 202 she is determined to get him back on his feet.

She is rehabilitating her own broken heart too while he is distrustful of himself and everyone around him. When their playful teasing moves into fantasy, game-playing and genuine attraction, Rosa realises she is falling for Pierre.

But the recovery that Rosa has worked so hard to achieve for Pierre is also beginning to pull them apart. And if Pierre cannot see that Rosa’s talents make her the perfect match for him, he’ll lose her for good.

The sequel to the bestselling Silver Chain trilogy.