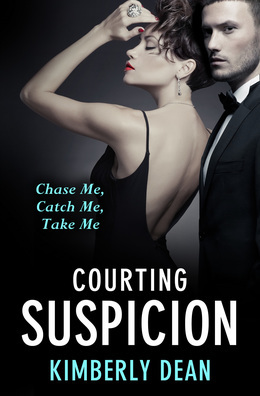 It’s difficult to run when you want to get caught.

Washington DC’s elite escort service, Luxxor is known for its beautiful companions and its discretion. Nina Lockwood — classy, gorgeous, and whip-smart — has spent years building this risky business, but everything is put in jeopardy when a bull-headed, sexy detective starts poking around.

Josh Morgan is the last man on earth she should be attracted to, but Nina can’t help it. A romance with a member of the Metro Police would be reckless, but she fantasizes about taking on her role of a D.C. madam in a more personal and pleasurable way.

Josh has always been suspicious of Luxxor but is more intrigued by the mystery of the woman who runs it. He knows she’s hiding secrets and he wants to discover each and every one of them — in uniform or not.

But when a Luxxor escort is found in a compromising situation with a prominent politician, the true cat-n-mouse game begins. Can Josh and Nina lower their guards to trust one another and give in to the attraction they both feel? Or will their suspicion minds keep them from seeing the true conspiracy going on behind the scenes?