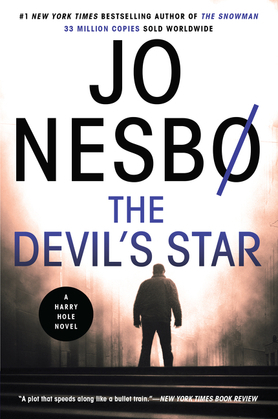 The Devil's Star: A Novel

Detective Harry Hole is on the trail of a diabolical serial killer terrorizing Oslo in another electrifying thriller in the Harry Hole series from the author of The Snowman.

“It’s fascinating to watch this Norwegian author adapt our homegrown monster [the serial killer] to a foreign culture.... When things go wrong, Harry goes on a bender, but when he’s on his game, no one is better than this obsessive detective. He systematically works his way through the intricacies of a plot that speeds along like a bullet train.”—New York Times Book Review

In the heat of a sweltering Oslo summer, a young woman is found murdered in her flat—with one of her fingers cut off and a tiny red star-shaped diamond placed under her eyelid. An off-the-rails alcoholic barely holding on to his job, Detective Harry Hole is assigned to the case with Tom Waaler, a hated colleague whom Harry believes is responsible for the murder of his partner. When another woman is reported missing five days later, and her severed finger turns up adorned with a red star-shaped diamond ring, Harry fears a serial killer is at work.

But Hole's determination to capture a fiend and to expose Waaler's crimes is leading him into shadowy places where both investigations merge in unexpected ways, forcing him to make difficult decisions about a future he may not live to see.