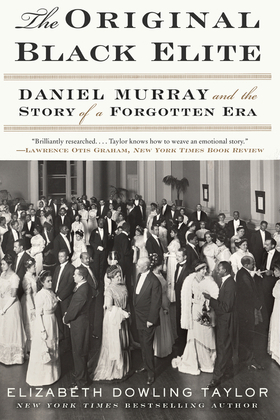 In this outstanding cultural biography, the author of the New York Times bestseller A Slave in the White House chronicles a critical yet overlooked chapter in American history: the inspiring rise and calculated fall of the black elite, from Emancipation through Reconstruction to the Jim Crow Era—embodied in the experiences of an influential figure of the time, academic, entrepreneur, and political activist and black history pioneer Daniel Murray.

In the wake of the Civil War, Daniel Murray, born free and educated in Baltimore, was in the vanguard of Washington, D.C.’s black upper class. Appointed Assistant Librarian at the Library of Congress—at a time when government appointments were the most prestigious positions available for blacks—Murray became wealthy through his business as a construction contractor and married a college-educated socialite. The Murrays’ social circles included some of the first African-American U.S. Senators and Congressmen, and their children went to the best colleges—Harvard and Cornell.

Though Murray and other black elite of his time were primed to assimilate into the cultural fabric as Americans first and people of color second, their prospects were crushed by Jim Crow segregation and the capitulation to white supremacist groups by the government, which turned a blind eye to their unlawful—often murderous—acts. Elizabeth Dowling Taylor traces the rise, fall, and disillusionment of upper-class African Americans, revealing that they were a representation not of hypothetical achievement but what could be realized by African Americans through education and equal opportunities.

As she makes clear, these well-educated and wealthy elite were living proof that African Americans did not lack ability to fully participate in the social contract as white supremacists claimed, making their subsequent fall when Reconstruction was prematurely abandoned all the more tragic. Illuminating and powerful, her magnificent work brings to life a dark chapter of American history that too many Americans have yet to recognize.