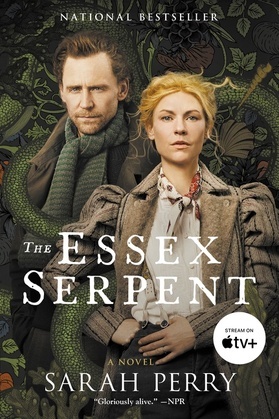 by Sarah Perry (Author)
Excerpt
Fiction Historical English literature British literature
warning_amber
One or more licenses for this book have been acquired by your organisation details
EPUB
26 loans, One at a time
Details

SOON TO BE A TELEVISION ADAPTATION STARRING CLAIRE DANES

"A novel of almost insolent ambition—lush and fantastical, a wild Eden behind a garden gate...it's part ghost story and part natural history lesson, part romance and part feminist parable. I found it so transporting that 48 hours after completing it, I was still resentful to be back home."  -New York Times

“An irresistible new novel…the most delightful heroine since Elizabeth Bennet in Pride and Prejudice.”  -Washington Post

London, 1893. When Cora Seaborne’s brilliant, domineering husband dies, she steps into her new life as a widow with as much relief as sadness: her marriage was an unhappy one, and she never suited the role of society wife. Seeking refuge in fresh air and open space, she leaves the metropolis for coastal Essex, accompanied by her inquisitive and obsessive eleven-year-old son, Francis, and the boy’s nanny, Martha, her fiercely protective friend.

Once there, they hear rumors that after nearly three hundred years, the mythical Essex Serpent, a fearsome creature that once roamed the marshes, has returned. When a young man is mysteriously killed on New Year’s Eve, the community’s dread transforms to terror. Cora, a keen amateur naturalist with no patience for religion or superstition, is immediately enthralled, certain that what locals think is a magical sea beast may be a previously undiscovered species.

Eager to investigate, she is introduced to parish vicar William Ransome, who is equally suspicious of the rumors but for different reasons: a man of faith, he is convinced the alarming reports are caused by moral panic, a flight from the correct and righteous path. As Cora and William attempt to discover the truth about the Essex Serpent’s existence, these seeming opposites find themselves inexorably drawn together in an intense relationship that will change both of them in ways entirely unexpected. And as they search for answers, Cora’s London past follows her to the coast, with striking consequences.

Told with exquisite grace and intelligence, The Essex Serpent masterfully explores questions of science and religion, skepticism and faith, but it is most of all a celebration of love, and the many different—and surprising—guises it can take.