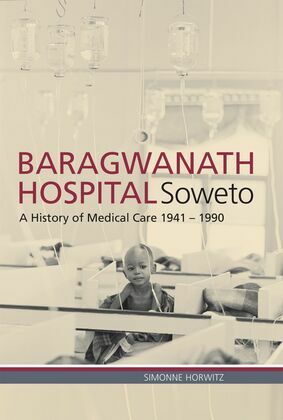 by Simonne Horwitz (Author)
Excerpt
Nonfiction History History by country Africa Republic of South Africa Medical History
warning_amber
One or more licenses for this book have been acquired by your organisation details
EPUB
Unlimited loans, One at a time
Details

Baragwanath Hospital, Soweto illustrates how this rapidly growing, underfunded but surprisingly effective institution found the niche that allowed it to exist, to provide medical care to a massive patient body and at times even to flourish in the apartheid state. The book offers new ways of exploring the history of apartheid, apartheid medicine and health care. The long history of Chris Hani Baragwanath Hospital (its full current name) or Bara, as it?s popularly known, has been shaped by a complex set of conditions. Established in the early 1940s, Bara stands on land purchased by the Cornish immigrant John Albert Baragwanath in the late nineteenth century. He set up a refreshment post, trading store and hotel on the site ? in what is now Soweto ? which was a one day journey by ox-wagon from Johannesburg. The hotel became affectionately known as ?Baragwanath Place? (the surname is Welsh, from ?bara? meaning ?bread? and ?gwenith? meaning? wheat?). The land was then bought by Corner House Mining Group and later taken over by Crown Mines Ltd. but was never mined. The British government bought the land in the early 1940s to build a military hospital but by 1947, Baragwanath ceased to operate as a military hospital and under the auspices of the Transvaal Provincial Administration a civilian hospital was opened with 480 beds. Patients were transferred from the ?non-European? wing of the Johannesburg General Hospital in the ?white? area of Johannesburg. Links were immediately forged with the University of the Witwatersrand and Bara would over time become one of its largest teaching centres. This link brought medical students and their teachers into direct contact with apartheid in the medical sphere. This book will contribute to studies of the history of apartheid that have begun to provide a more nuanced account of its workings. The history of Baragwanath and of the doctors and nurses who worked there tells us much about apartheid ideology and practice, as well as resistance to it, in the realm of health care.