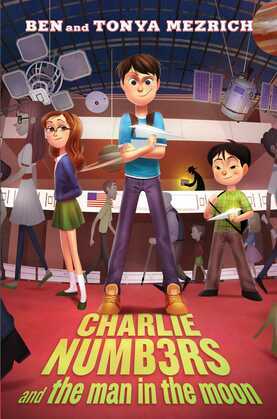 Charlie Numbers and the Man in the Moon

by Ben Mezrich (Author), Tonya Mezrich (Author)
Excerpt
Fiction Juvenile & young adult Action & adventure Advanced reader
warning_amber
One or more licenses for this book have been acquired by your organisation details
EPUB
Unlimited loans, 2 years, One at a time
Details

Charlie is recruited to use his mathematical prowess to discover what happened to a box of stolen moon rocks in this follow up to Bringing Down the Mouse.

The Kid: Charlie Lewis, a.k.a. Numbers. The smartest kids in sixth grade. Charlie sees the world as a series of math problems—ones that can be solved, if you know the right equations.

The Team: The Whiz Kids. Charlie’s best friends are joining him undercover to recover missing moon rocks, which have disappeared from NASA’s vaults.

The Target: Aerospace Infinity, the company owned by former astronaut Buzz Caldwell and hosting organization of the Smithsonian Air and Space Museum’s paper airplane contest. Working together, the Whiz Kids must master the principles of aerodynamics, wind science, and gravity to win the contest to get closer to their target.

The Catch: Nothing is ever as it seems, and Charlie suspects the mission is being led by someone who isn’t what she claims to be. And messing with the government could jeopardize their futures…