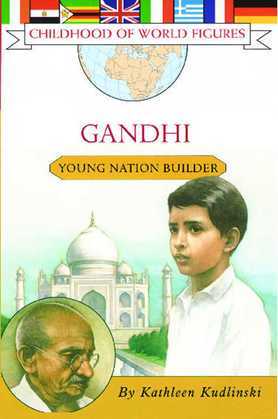 A childhood biography of the great political and social leader.

Mohandas K. Gandhi (1869-1948) studied law in England, then spent 20 years defending the rights of immigrants in South Africa. In 1914 he returned to India and became the leader of the Indian National Congress. Gandhi urged non-violence and civil disobedience as a means to independence from Great Britain, with public acts of defiance that landed him in jail several times. In 1947 he participated in the postwar negotiations that led to Indian independence. He was shot to death by a Hindu fanatic in 1948.
This childhood biography highlights the events that informed Gandhi's indomitable spirit.