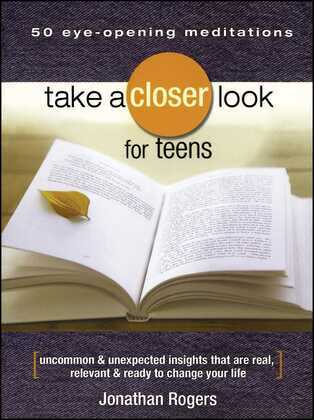 Take a Closer Look for Teens

by Jonathan Rogers (Author)
Excerpt
Nonfiction Religion Christianity
warning_amber
One or more licenses for this book have been acquired by your organisation details
EPUB
Unlimited loans, 2 years, One at a time
Details

What does the Bible have to say to you today? Take a closer look.

Once upon a time - in the twenty-first century, to be exact - a daring group of teenagers like you became serious about seeking the Truth and living it. Some had been taught the Bible since they were young, and others had never before opened the Word of God. What they had in common was a desire to draw nearer to the Lord of heaven and earth. Take a Closer Look for Teens was created for young people who see faith as more than a fairy tale. They see it as a reality that can change their hearts and their world. So open your eyes! See all God has in store for you!