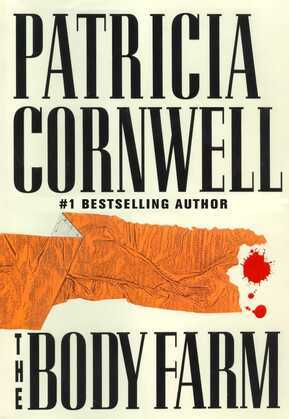 Kay Scarpetta #5
by Patricia Cornwell (Author)
Excerpt
Fiction Mystery & detective
warning_amber
One or more licenses for this book have been acquired by your organisation details
EPUB
Unlimited loans, 2 years, One at a time
Details

Little Emily Steiner left a church meeting late one afternoon and strolled toward home along a lakeside path; a week later, her nude body was discovered, bound in blaze-orange duct tape. Called by the North Carolina authorities, forensic pathologist Kay Scarpetta recognizes similarities to the gruesome work of a serial killer who has long eluded the FBI But as she tries to make sense of the evidence, she is left with questions that lead her to the Body Farm, a little known research facility in Tennessee where, with the help of some grisly experiments, she might discover the answer.

It is Scarpetta alone who can interpret the forensic hieroglyphics that eventually reveal a solution to the case as staggering as it is horrifying. But she must also endeavor to help her niece, Lucy, who is embroiled in controversy at Quantico. And Scarpetta, too, is vulnerable, as she opens herself to the first physical and emotional bond she has felt in far too long a time. Tenacious and brilliant, tender and gentle, this is Scarpetta even more realized and poignant than we’ve seen her before—in a stunning achievement from a bestselling author at the peak of her powers.