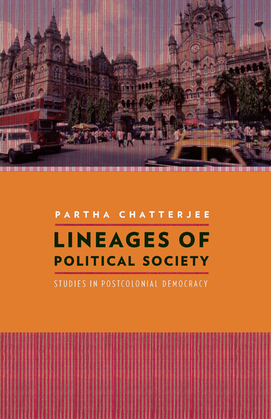 by Partha Chatterjee (Author)
Excerpt
Nonfiction History History by country Asia
warning_amber
One or more licenses for this book have been acquired by your organisation details
EPUB
Unlimited loans, One at a time
Details

Partha Chatterjee, a pioneering theorist known for his disciplinary range, builds on his theory of "political society" and reinforces its salience to contemporary political debate. Dexterously incorporating the concerns of South Asian studies, postcolonialism, the social sciences, and the humanities, Chatterjee broadly critiques the past three hundred years of western political theory to ask, Can democracy be brought into being, or even fought for, in the image of Western democracy as it exists today?

Using the example of postcolonial societies and their political evolution, particularly communities within India, Chatterjee undermines the certainty of liberal democratic theory in favor of a realist view of its achievements and limitations. Rather than push an alternative theory, Chatterjee works solely within the realm of critique, proving political difference is not always evidence of philosophical and cultural backwardness outside of the West. Resisting all prejudices and preformed judgments, he deploys his trademark, genre-bending, provocative analysis to upend the assumptions of postcolonial studies, comparative history, and the common claims of contemporary politics.