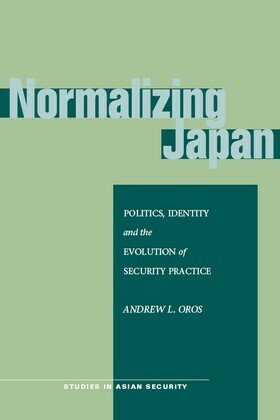 Normalizing Japan seeks to answer the question of what future direction Japan's military policies are likely to take, by considering how policy has evolved since World War II, and what factors shaped this evolution. It argues that Japanese security policy has not changed as much in recent years as many believe, and that future change also will be highly constrained by Japan's long-standing "security identity," the central principle guiding Japanese policy over the past half-century. Oros' analysis is based on detailed exploration of three cases of policy evolution—restrictions on arms exports, the military use of outer space, and cooperation with the United States on missile defense—which shed light on other cases of policy change, such as Japan's deployment of its military to Iraq and elsewhere and its recent creation of a Ministry of Defense. More broadly, the book refines how "ideational" factors interact with domestic politics and international changes to create policy change.