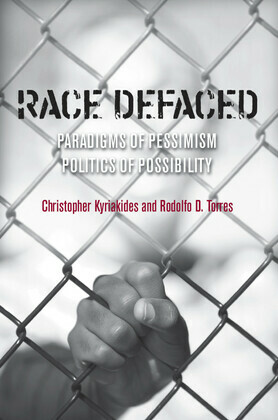 From Manifest Destiny to the White Man's Burden, Harold Macmillan to Tony Blair, and John F. Kennedy to Barack Obama—the historical development of racial doctrine has been closely connected to the relationship between radical and conservative politics. This book compares different forms of racism and anti-racism in the United States and Great Britain from the 19th century to today, situating the development of racial doctrine within the political movements of the modern capitalist world order.
In conversation with current debates, this work places the treatment of racialized human beings within a wider dynamic of capitalist exploitation. It unpacks the influence of anti-emancipatory thought on "race relations," and argues that there is a consensus of thought across the political spectrum underpinned by the contemporary acceptance of the impossibility of human emancipation. Ultimately, Race Defaced is a heretical intervention into questions of race and racism that challenges both conservative and radical orthodoxies.