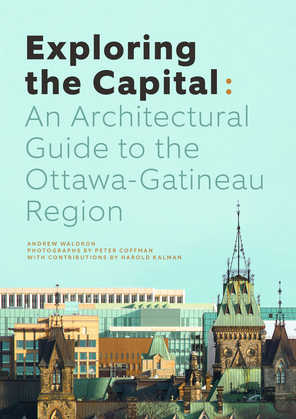 Ottawa is a seat of government and has all the official edifices to show for it. But as Andrew Waldron shows you in Exploring the Capital, it’s a lot more than that. Follow the twelve guided-tours covering all corners of the region in Ontario and Quebec and you’ll encounter homes and schools, cultural sites and green spaces, houses of worship and shrines to commerce. Early houses, humble or magnificent, from the era of the lumber barons can be found steps away from the latest in sleek condominiums and office towers built for sustainability. Waldron takes you behind the doors of more than 390 diverse structures to learn who made them, how, and why.