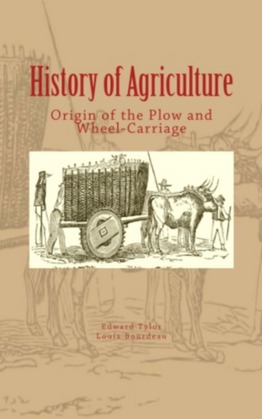 History of Agriculture : Origin of the Plow and Wheel-Carriage

by History and Civilization Collection (Author), Louis Bourdeau (Author), Edward B. Tylor (Author)
Excerpt
Nonfiction History
warning_amber
One or more licenses for this book have been acquired by your organisation details
EPUB
20 loans, 20 Concurrent loans
Details

This book deals with the History of Agriculture and the Origin of the Plow and Wheel-Carriage. (With illustrations)
“Not only the beginning of agriculture, but the invention of the plow itself, is prehistoric. The plow was known to the ancient Egyptians and Babylonians, and the very existence of these nations points to previous thousands of years of agricultural life, which alone could have produced such dense, settled, and civilized populations...”