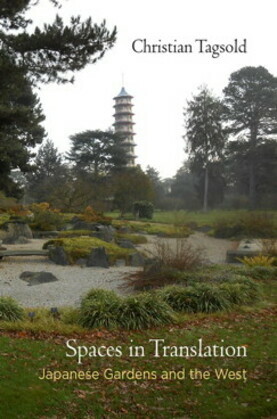 by Christian Tagsold (Author)
Excerpt
Nonfiction Science and technics Technology & engineering Architecture, construction Landscape Arts
warning_amber
One or more licenses for this book have been acquired by your organisation details

One may visit famous gardens in Tokyo, Kyoto, or Osaka—or one may visit Japanese-styled gardens in New York, San Francisco, Philadelphia, Berlin, London, Paris, São Paulo, or Singapore. We often view these gardens as representative of the essence of Japanese culture. Christian Tagsold argues, however, that the idea of the Japanese garden has less do to with Japan's history and traditions, and more to do with its interactions with the West.

The first Japanese gardens in the West appeared at the world's fairs in Vienna in 1873 and Philadelphia in 1876 and others soon appeared in museums, garden expositions, the estates of the wealthy, and public parks. By the end of the nineteenth century, the Japanese garden, described as mystical and attuned to nature, had usurped the popularity of the Chinese garden, so prevalent in the eighteenth century. While Japan sponsored the creation of some gardens in a series of acts of cultural diplomacy, the Japanese style was interpreted and promulgated by Europeans and Americans as well. But the fashion for Japanese gardens would decline in inverse relation to the rise of Japanese militarism in the 1930s, their rehabilitation coming in the years following World War II, with the rise of the Zen meditation garden style that has come to dominate the Japanese garden in the West.

Tagsold has visited over eighty gardens in ten countries with an eye to questioning how these places signify Japan in non-Japanese geographical and cultural contexts. He ponders their history, the reasons for their popularity, and their connections to geopolitical events, explores their shifting aesthetic, and analyzes those elements which convince visitors that these gardens are "authentic." He concludes that a constant process of cultural translation between Japanese and Western experts and commentators marked these spaces as expressions of otherness, creating an idea of the Orient and its distinction from the West.