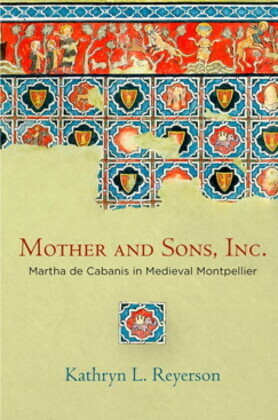 by Kathryn L. Reyerson (Author)
Excerpt
Nonfiction History Medieval History by country Europe France
warning_amber
One or more licenses for this book have been acquired by your organisation details

In the late 1320s, Martha de Cabanis was widowed with three young sons, eleven, eight, and four years of age. Her challenges would be many: to raise and train her children to carry on their father's business; to preserve that business until they were ready to take over; and to look after her own financial well-being. Examining the visible trail Martha left in Montpellier's notarial registers and other records, Kathryn L. Reyerson reveals a wealth of information about her activities, particularly in the area of business, commerce, and real estate. From these formal, contractual documents, Reyerson gleans something of Martha's personality and reconstructs what she may have done, and a good deal of what she actually did, in her various roles of daughter, wife, mother, and widow.

Mother and Sons, Inc. demonstrates that while women were hardly equal to men in the fourteenth century, under the right conditions afforded by wealth and the status of widowhood, they could do and did more than many have thought. Within the space of twenty years, Martha developed a complex real estate fortune, enlarged a cloth manufacturing business and trading venture, and provided for the support and education of her sons. Just how the widow Martha maneuvered within the legal constraints of her social, economic, and personal status forms the heart of the book's investigation. Situating Martha's story within the context of Montpellier and medieval Europe more broadly, Reyerson's microhistorical approach illuminates the opportunities and the limits of what was possible for elite mercantile women in the urban setting in which Martha lived.