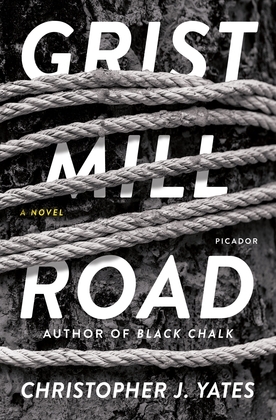 An Entertainment Weekly "Must Read" • One of the NPR Book Concierge's "Best Books of the Year"
"Twisty and told from multiple perspectives, this meaty thriller races to a satisfying finish." —People magazine

"The intensity of the storytelling is exhilarating and unsettling." —Booklist (starred review)

Twenty-six years ago Hannah had her eye shot out. Now she wants justice. But is she blind to the truth?

"Arresting...Twisting backward and forward in time, entering the minds of each character in turn, Yates examines both how they reached this point and what happens years later, when the past wreaks havoc on the present....[A] sophisticated...elegant narrative." —The New York Times

"The plot is darkly, intricately layered, full of pitfalls and switchbacks, smart and funny and moving and merciless." —Tana French, New York Times bestselling author of In the Woods and The Trespasser

"Two of life's delicious pleasures—gourmet delectations and a sinister, plot-twisty tale—come together in this intelligent thriller." —Oprah.com

Christopher J. Yates’s cult hit Black Chalk introduced that rare writerly talent: a literary writer who could write a plot with the intricacy of a brilliant mental puzzle, and with characters so absorbing that readers are immediately gripped. Yates’s new book does not disappoint. Grist Mill Road is a dark, twisted, and expertly plotted Rashomon-style tale. The year is 1982; the setting, an Edenic hamlet some ninety miles north of New York City. There, among the craggy rock cliffs and glacial ponds of timeworn mountains, three friends—Patrick, Matthew, and Hannah—are bound together by a terrible and seemingly senseless crime. Twenty-six years later, in New York City, living lives their younger selves never could have predicted, the three meet again—with even more devastating results.