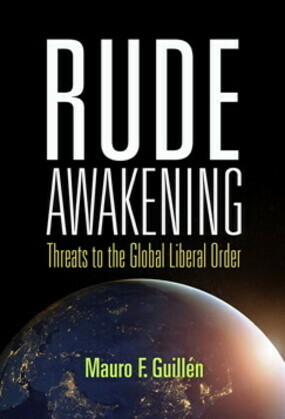 In the wake of World War II, a number of institutions designed to promote a liberal global economic and geopolitical order were established—the International Monetary Fund, the General Agreement on Tariffs and Trade (forerunner of the World Trade Organization), and the World Bank in the economic sphere, and the United Nations in the geopolitical realm. Although these organizations were far from perfect, their actions promoted rising living standards and political freedoms for all. Liberalism thus reengineered represented a fundamental bet on the supremacy of democracy and the market economy, and spurred the transformation of North America, Western Europe, and Japan into prosperous societies, each with a large and vibrant middle class and a social safety net.

Now, however, this liberal geopolitical and economic order is under attack. The free movement of goods, services, money, people, and information that once formed the recipe for progress under liberalism is blamed by many for rising inequality, mass migrations, and the declining legitimacy of political parties, as well as the fragmentation of global superpower relations. Nationalism, xenophobia, and populism continue to advance at the right and left ends of the political spectrum, eroding the moderate middle ground.

In Rude Awakening, Mauro F. Guillén argues for an improved international arrangement to provide for stability and prosperity. He offers key considerations that a reinvented global liberal order must address—from finding a balance between markets and governments to confronting present realities, such as rapid technological change and social inequality, to recognizing that Europe and the United States can no longer attempt by themselves to steer the global economy. Rude Awakening affirms the potential of liberalism still to provide a flexible framework for governments, businesses, workers, and citizens to explore and make necessary compromises and coalitions for a better future.