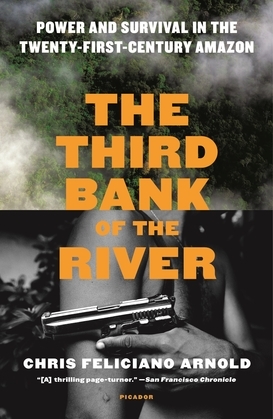 The Third Bank of the River

During the 2014 World Cup, an isolated Amazonian tribe emerged from the jungle on the misty border of Peru and Brazil, escaping massacre at the hands of illegal loggers. A year later, in the jungle capital of Manaus, a bloody weekend of reprisal killings inflames a drug war that blurs the line between cops and kingpins. Both events reveal the dual struggles of those living in and around the vast, endangered Amazon jungle. As indigenous tribes lose their ancestral territory every day to loggers and drug runners, local communities in cities such as Manaus, are plagued by intense violence due to the ongoing drug wars and entrenched corruption within the police and government. The chaos and violence echo the atrocities that have haunted the rain forest since Europeans first arrived in the New World.

Following doctors and soldiers, environmental activists and indigenous Olympic archers, among others, The Third Bank of the River traces development in the Amazon from the arrival of the first Spanish flotilla. Veteran journalist Chris Arnold grounds his story in rigorous first-hand reporting and in-depth research, revealing a portrait of Brazil and the Amazon that is complex, bloody, and often tragic.