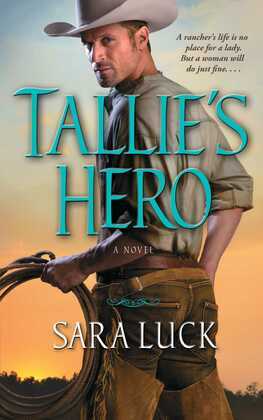 by Sara Luck (Author)
Excerpt
Fiction Romance Western Historical
warning_amber
One or more licenses for this book have been acquired by your organisation details
EPUB
Unlimited loans, 2 years, One at a time
Details

In a time of prosperity and risk on the open frontier, a daring cattleman takes his chances on expanding westward?and on a genteel lady from another world in this thrilling romance.

With nothing left for him in Texas after his fiancée breaks his heart, Jeb Tuhill heads to Wyoming’s Big Horn Mountains to work the huge ranching operation of wealthy English squire Moreton Frewen. In an attempt to lure investors to the beautiful and oftentimes dangerous American West, Frewen and Jeb travel to England. The British gentry don’t impress Jeb much, but one spirited lady lassoes his attention with her intellect and charm.

Tallie Somerset is a bestselling novelist who is forced into a divorce by the improprieties of her husband, a British lord. Fleeing the scandal, she takes a trip to New York with a friend who later convinces her to travel to Wyoming. Captivated by the big sky of the plains?and the handsome cowboy who calls it home?Tallie might be persuaded to leave England, and its bad memories, behind. But Jeb thinks she is still married, and she is afraid to tell him about the shame of her divorce. Tallie models the hero of her latest novel on Jeb…but can she make him her hero for a lifetime?