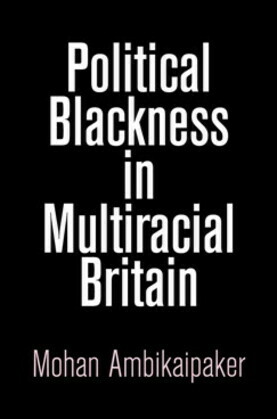 One evening in 1980, a group of white friends, drinking at the Duke of Edinburgh pub on East Ham High Street, made a monstrous five-pound wager. The first person to kill a "Paki" would win the bet. Ali Akhtar Baig, a young Pakistani student who lived in the east London borough of Newham, was their chosen victim. Baig's murder was but one incident in a wave of antiblack racial attacks that were commonplace during the crisis of race relations in Britain in the 1970s and 1980s. Ali Akhtar Baig's death also catalyzed the formation of a grassroots antiracist organization, Newham Monitoring Project (NMP) that worked to transform the racist victimization of African, African Caribbean and South Asian communities into campaigns for racial justice and social change.

In addition to providing a 24-hour hotline and casework services, NMP activists worked to mitigate the scourge of racial injustice that included daily racial harassment, hate crimes and antiblack police violence. Since the advent of the War on Terror, NMP widened its approach to support victims of the state's counterterror policies, which have contributed to an unfettered surge in Islamophobia.

These realities, as well as the many layers of gendered racism in contemporary Britain come to life through intimate ethnographic storytelling. The reader gets to know a broad range of east Londoners and antiracist activists whose intersecting experiences present a multifaceted portrait of British racism. Mohan Ambikaipaker examines the life experiences of these individuals through a strong theoretical lens that combines critical race theory and postcolonial studies. Political Blackness in Multiracial Britain shows how the deep processes of everyday political whiteness shape the state's failure to provide effective remedies for ethnic, racial, and religious minorities who continue to face violence and institutional racism.