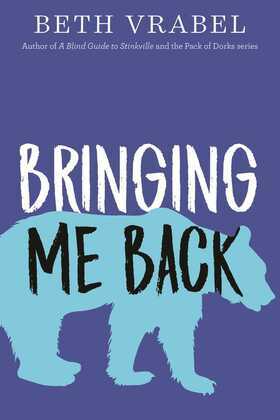 Noah is not having a good year.
His mom is in prison, he's living with his mom's boyfriend—who he's sure is just waiting until his mother's six month sentence is up to kick him out—and he's officially hated by everyone at his middle school, including his former best friend. It's Noah's fault that the entire football program got shut down after last year.
One day, Noah notices a young bear at the edge of the woods with her head stuck in a bucket. A bucket that was almost certainly left outside as part of a school fundraiser to bring back the football team. As days go by, the bear is still stuck—she's wasting away and clearly getting weaker, even as she runs from anyone who tries to help. And she's always alone.
Though Noah ignores the taunts at school and ignores his mother's phone calls from jail, he can't ignore the bear. Everyone else has written the bear off as a lost cause—just like they have with Noah. He makes it his mission to help her.
But rescuing the bear means tackling his past—and present—head-on. Could saving the bear ultimately save Noah, too?