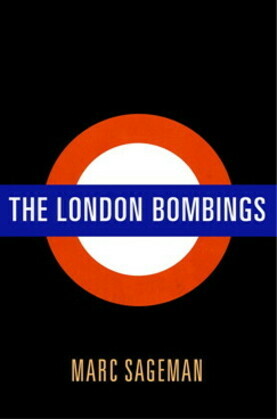 On July 7, 2005, at the end of the morning rush hour, three near-simultaneous explosions tore apart the London Underground. Within an hour, the entire subway network was evacuated, and a fourth explosion in a bus underscored that this was a terrorist operation. The bombings shattered the British counterterrorism services' assumptions about the global neojihadi threat to Britain. Authorities pondered whether al Qaeda was a loose coalition with no clear leadership or a highly structured group with international reach that posed a clear threat to the United Kingdom. These two perspectives are not just academic disputes but raise important issues with real consequences in terms of counterterrorism strategy. What sorts of distinct measures are needed to combat these opposing forms of terrorism? What can we learn from the ways in which the London terror attacks were planned and executed—and from Britain's response?

In The London Bombings, counterterrorism expert Marc Sageman seeks to answer these questions through a new detailed account and analysis of the Underground bombings as well as three other attacks directed at Britain between 2004 and 2006. Drawing on previously unavailable trial transcripts and law enforcement records, terrorists' self-documentation, and his own government experience in counterterrorism, Sageman makes the case that "top down" and "bottom up" conceptions of terror organizations need not be incompatible and that, in part because of this binary thinking, the West has tended to overreact to the severity of the threat. He stresses the fluid, chaotic ways that terrorist events unfold: spontaneously and gradually with haphazard planning—as the perpetrators are often worldly, educated, and not particularly religious before becoming engaged in neojihadi activities. The London Bombings is a vital, persuasive account of events that have not yet been properly presented to the public and are critical to the foundation of an effective counterterrorism strategy.