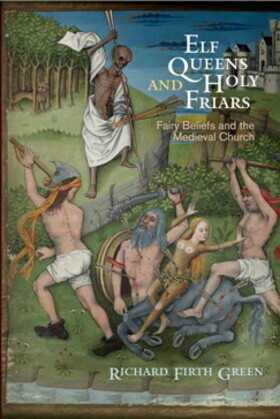 In Elf Queens and Holy Friars Richard Firth Green investigates an important aspect of medieval culture that has been largely ignored by modern literary scholarship: the omnipresent belief in fairyland.

Taking as his starting point the assumption that the major cultural gulf in the Middle Ages was less between the wealthy and the poor than between the learned and the lay, Green explores the church's systematic demonization of fairies and infernalization of fairyland. He argues that when medieval preachers inveighed against the demons that they portrayed as threatening their flocks, they were in reality often waging war against fairy beliefs. The recognition that medieval demonology, and indeed pastoral theology, were packed with coded references to popular lore opens up a whole new avenue for the investigation of medieval vernacular culture.

Elf Queens and Holy Friars offers a detailed account of the church's attempts to suppress or redirect belief in such things as fairy lovers, changelings, and alternative versions of the afterlife. That the church took these fairy beliefs so seriously suggests that they were ideologically loaded, and this fact makes a huge difference in the way we read medieval romance, the literary genre that treats them most explicitly. The war on fairy beliefs increased in intensity toward the end of the Middle Ages, becoming finally a significant factor in the witch-hunting of the Renaissance.