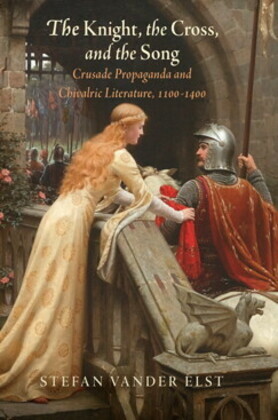 The Knight, the Cross, and the Song

The Knight, the Cross, and the Song offers a new perspective on the driving forces of crusading in the period 1100-1400. Although religious devotion has long been identified as the primary motivation of those who took the cross, Stefan Vander Elst argues that it was by no means the only focus of the texts written to convince the warriors of Western Christianity to participate in the holy war. Vander Elst examines how, across three centuries, historiographical works that served as exhortations for the Crusade sought specifically to appeal to aristocratic interests beyond piety. They did so by appropriating the formal and thematic characteristics of literary genres favored by the knightly class, the chansons de geste and chivalric romance. By using the structure, commonplaces, and traditions of chivalric literature, propagandists associated the Crusade with the decidedly secular matters to which arms-bearers were drawn. This allowed them to introduce the mutual obligation between lord and vassal, family honor, the thirst for adventure, and even the desire for women as parallel and complementary motivations for Crusade, making chivalric and literary concerns an indelible part of the ideology and practice of holy war.

Examining English, Latin, French, and German texts, ranging from the twelfth-century Gesta Francorum and Chanson d'Antioche to the fourteenth-century Krônike von Prûzinlant and La Prise d'Alixandre, The Knight, the Cross, and the Song traces the historical development and geographical spread of this innovative use of secular chivalric fiction both to shape the memory and interpretation of past events and to ensure the continuation of the holy war.