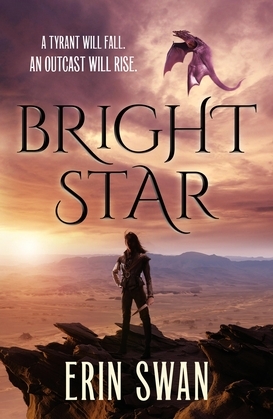 Erin Swan's YA fantasy debut, Bright Star, is an action-packed adventure tale of rebellion, romance, and finding one's voice in the heart of a storm.

Paerolia has been at peace for two centuries, and all is well in the land—or so it seems. Beneath the surface, a tyrant is rising to power.

A traumatic experience in Andra's childhood has left her mute and subdued, a servant in the Chief Judge’s manor. But when an assassination team, led by the secretive and alluring Kael, infiltrates the manor and makes a quick escape, she takes her chance and flees with them.

Andra is thrust into the ranks of a secret rebellion—a group of outcasts and believers seeking to overthrow the Chief Judge and replace the corrupt government with new members, ones who will restore and preserve the land they love. Now, the girl who was once an outcast must somehow become the leader Paerolia needs. But she is stronger than she believes—and with the help of a fiercely loyal dragon, she may just be the one to lead them all to victory.