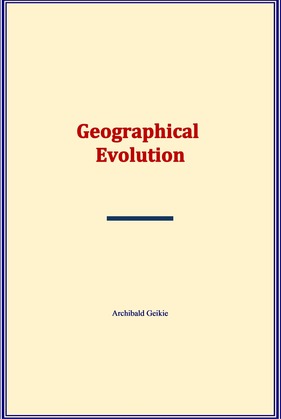 It must be owned that man, in most of his struggles with the world around him, has fought blindly for his own ultimate interests. His contest, successful for the moment, has too often led to sure and sad disaster. Stripping forests from hill and mountain, he has gained his immediate object in the possession of their abundant stores of timber; but he has laid open the slopes to be parched by drought, or to be swept bare by rain. Countries once rich in beauty, and plenteous in all that was needful for his support, are now burned and barren, or almost denuded of their soil. Gradually he has been taught by his own bitter experience, that while his aim still is to subdue the earth, he can attain it, not by setting Nature and her laws at defiance, but by enlisting them in his service. He has learned at last to be the minister and interpreter of Nature, and he finds in her a ready and unrepining slave. In fine, looking back across the long cycles of change through which the land has been shaped into its present form, let us realize that these geographical revolutions are not events wholly of the dim past, but that they are still in progress. So slow and measured has been their march, that even from the earliest times of human history they seem hardly to have advanced at all. But none the less are they surely and steadily transpiring around us. In the fall of rain and the flow of rivers, in the bubble of springs and the silence of frost, in the quiet creep of glaciers and the tumultuous rush of ocean-waves, in the tremor of the earthquake and the outburst of the volcano, we may recognize the same play of terrestrial forces by which the framework of the continents has been step by step evolved.