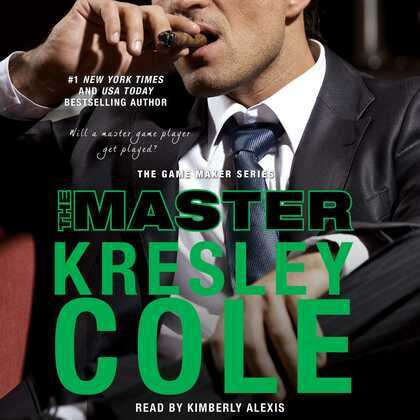 by Kresley Cole (Author), Kimberly Alexis (Narrateur)
Excerpt
Fiction Romance Contemporary Suspense Contemporary women
warning_amber
One or more licenses for this book have been acquired by your organisation details
AUDIOBOOK
Unlimited loans, 2 years, One at a time
Details

A need colder than Siberian winter meets an attitude hotter than the Florida sun in #1 New York Times bestselling author Kresley Cole's sultry new Game Maker novel, the second installment in the series! Get lost in the sizzling world of the Game Maker series with The Professional, book one, and The Player, book three!

Except her.
Catarina Marín was a well-off young wife until her world fell apart. Now she’s hiding out, forced to start working as an escort in Miami. Her very first client is beyond gorgeous, but when he tells her what he plans to do to her, Cat almost walks out of the door.

If pleasure is a game, play to win.
After their mind-blowing encounter burns out of control, the lovers crave more. If they escape the deadly threats surrounding them, can Maksim overcome his past—to offer Cat his future? Only then will she tempt him with what he really wants: her, all tied up with a bow.