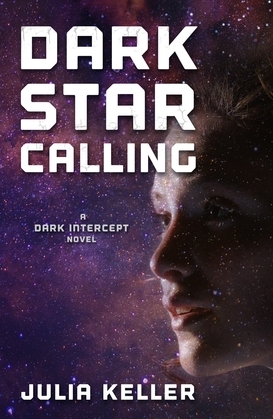 by Julia Keller (Author)
Excerpt
warning_amber
One or more licenses for this book have been acquired by your organisation details
EPUB
Unlimited loans, 2 years, One at a time
Details

Julia Keller's Dark Star Calling is the third and final book in the Dark Intercept Trilogy, a high-concept YA science fiction saga.

Out in the observatory, protruding from the vast gap in the roof, was the giant telescope. It stared unblinkingly into the night sky, its gaze peering deep into the wilderness of stars. Somewhere within that wilderness was the single star Rez was determined to find.

New Earth, 2297. A year after the resurrection of a universal surveillance system called the Intercept, New Earth is collapsing. Humanity is depending on a group of five friends to find them all a new home.

Together they discovered their utopian home is on an unstoppable collision course with Earth. Together they look to the stars to find a world suitable for human life and what they find there—or rather who—will change them all forever.