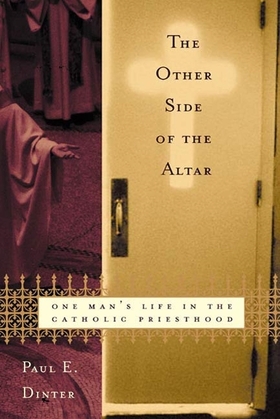 The Other Side of the Altar

In all the coverage of the priestly sexual abuse scandal in the Catholic Church, one story has been left untold: the story of the everyday lives of Catholic priests in America, which remain so little understood as to be a secret, even as one priestly sexual predation after another has come to light.

In The Other Side of the Altar, Paul Dinter tells one priest's story--his own--in such a way as to reveal the lives of a generation of priests that spanned two very different eras. These priests entered the ministry in the 1960s, when Catholic seminaries were full of young men inspired by both the Church's ancient faith and the Second Vatican Council's promises of renewal. But by the early 1970s, the priesthood--and the celibate fraternity it depended upon--proved quite different from what the Council had promised. American society had changed, too, particularly in the area of sexuality. As a result, there emerged a clerical subculture of denial and duplicity, which all but guaranteed that the sexual abuse of children by priests would be routinely covered up by the Church's bishops.

Dinter, now married and raising two stepdaughters, left the priesthood in 1994 over the issue of celibacy, but not before having occasion to reflect on the whole range of priestly struggles with celibacy and sexual life in general--in Rome and rural England, on an Ivy League campus, and in parish rectories of the archdiocese of New York. His candid and affecting account--written from the other side of the altar, so to speak--makes clear that celibacy, sexuality, and power among the clergy have long been intertwined, and suggests how much must change if the Catholic Church hopes to regain the trust of its people.