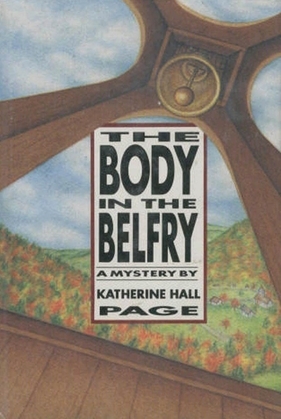 The Body In The Belfry

During her years spent in New York City, Faith Fairchild was convinced she had seen pretty much everything. But the transplanted caterer/minister's wife was unprepared for the surprises awaiting her in the sleepy Massachusetts village of Aleford. And she is especially taken aback by the dead body of a pretty young thing she discovers stashed in the church's belfry. The victim, Cindy Shepherd, was well-known locally for her acid tongue and her jilted beaux, which created a lot of bad blood and more than a few possible perpetrators — including her luckless fiancé, who had neither an alibi nor a better way to break off the engagement. Faith thinks it's terribly unfair that the police have zeroed in on the hapless boyfriend, and so she sets out to uncover the truth. But digging too deeply into the sordid secrets of a small New England village tends to make the natives nervous. And an overly curious big city lady can become just another small town death statistic in very short order.