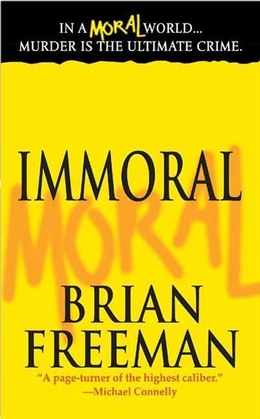 In a riveting debut thriller, Brian Freeman's Immoral weaves obsession, sex, and revenge into a story that grips the reader with vivid characters and shocking plot twists from the first page to the last.

Lieutenant Jonathan Stride is suffering from an ugly case of déjà vu. For the second time in a year, a beautiful teenage girl has disappeared off the streets of Duluth, Minnesota?gone without a trace, like a bitter gust off Lake Superior. The two victims couldn't be more different. First it was Kerry McGrath, bubbly, sweet sixteen.