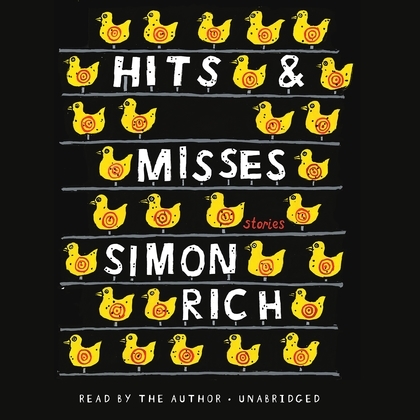 A hilarious collection inspired by a former Saturday Night Live writer?s real experiences in Hollywood, chronicling the absurdity of fame and the humanity of failure in a world dominated by social media influencers and reality TV stars.

Simon Rich is ?one of the funniest writers in America? (Daily Beast)?a humorist who draws comparisons to Douglas Adams (New York Times Book Review) and James Thurber and P. G. Wodehouse (Guardian). With Hits and Misses, he?s back with a hilarious new collection of stories about dreaming big and falling flat, about ordinary people desperate for stardom and the stars who are bored by having it all.

Inspired by Rich?s real experiences in Hollywood, Hits and Misses chronicles all the absurdity of fame and success alongside the heartbreaking humanity of failure. From a bitter tell-all by the horse Paul Revere rode to greatness to a gushing magazine profile of everyone?s favorite World War II dictator, these stories roam across time and space to skewer our obsession with making it big?from the days of ancient Babylon to the age of TMZ.