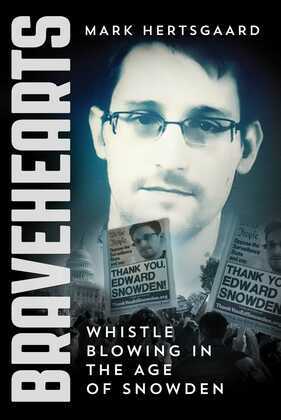 Whistleblowers pay with their lives to save ours. When insiders like former NSA analyst Edward Snowden or ex-FBI agent Coleen Rowley or Big Tobacco truth-teller Jeffrey Wigand blow the whistle on high-level lying, lawbreaking or other wrongdoingwhether it's government spying, corporate murder or scientific scandalthe public benefits enormously. Wars are ended, deadly products are taken off the market, white-collar criminals are sent to jail. The whistleblowers themselves, however, generally end up ruined. Nearly all of them lose their jobsand in many cases their marriages and their healthas they refuse to back down in the face of increasingly ferocious official retaliation. That moral stubbornness despite terrible personal cost is the defining DNA of whistleblowers. The public owes them more than we know.

In Bravehearts, Hertsgaard tells the gripping, sometimes darkly comic and ultimately inspiring stories of the unsung heroes of our time. A deeply reported, impassioned polemic, Bravehearts is a book for citizens everywhereespecially students, teachers, activists and anyone who wants to make a difference in the world around them.