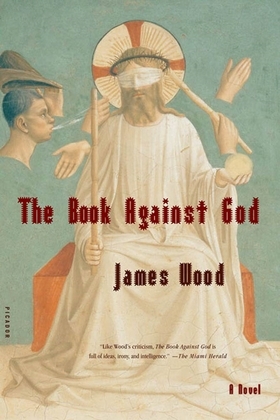 The Book Against God

Thomas Bunting, the charming, chaotic, and deeply untruthful narrator of James Wood's wonderful first novel, is in despair. His marriage is disintegrating and his academic career is in ruins: instead of completing his philosophy Ph.D. (still unfinished after seven years), he is secretly writing what he hopes will be his masterwork, a vast atheistic project he has privately entitled "The Book Against God."

But when his father suddenly falls ill, Thomas returns to the tiny village in the north of England where he grew up and where his father still works as a parish priest. There, Thomas hopes, he may finally be able to communicate honestly with his father, a brilliant and formidable Christian example, and sort out his own wayward life. But Thomas is a chronic liar as well as an atheist, and he finds, instead, that once at home he soon reverts to the evasive patterns of his childhood years?with disastrous results.

The story of a husband and wife, a father and son, faith and disbelief, and a hero who couldn't tell the truth if his life depended on it, The Book Against God is at once hilarious and poignant; it introduces an original comic voice?edgy, elegiac, lyrical, and indignant?and, in the irrepressible Thomas Bunting, one of the strangest philosophers in contemporary fiction.