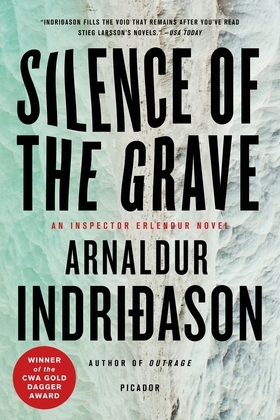 Silence of the Grave

In Silence of the Grave, a corpse is found on a hill outside the city of Reykjavík, and Detective Inspector Erlendur Sveinsson and his team think the body may have been buried for some years.

While Erlendur struggles to hold together the crumbling fragments of his own family, slowly but surely he finds out the truth about another unhappy family. Few people are still alive who can tell the tale, but even secrets taken to the grave cannot remain hidden forever.


Destined to be a classic in the world of crime fiction, Silence of the Grave is one of the most accomplished thrillers in recent years.