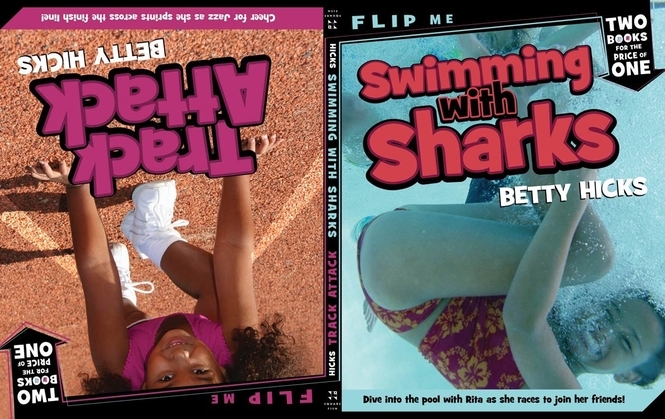 Swimming with Sharks
Rita's times aren't fast enough to swim for the Sharks with her friends. To improve she must learn flip turns, but every time she tries, she gets water up her nose! Jazz has an idea that might be the key to Rita's success, but what if Rita comes in first on a slower team? Would she rather win or be with her friends? Or is there another way for Rita to swim with the Sharks?

Track Attack
Jazz loves being on a track team where she sprints fast as a lightning bolt. Her dad loves that she's on the team, too. He's her biggest fan?maybe too big a fan. He argues with the coach, yells at the ref, and screams his head off at every meet. Jazz loves to run, but can she focus on the race while Dad is having a track attack?