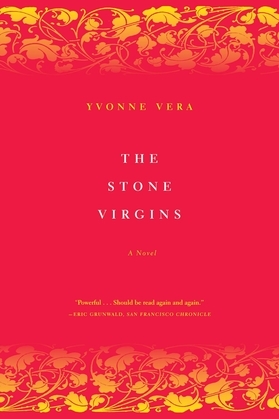 Winner of the Macmillan Prize for African Adult Fiction

An uncompromising novel by one of Africa's premiere writers, detailing the horrors of civil war in luminous, haunting prose

In 1980, after decades of guerilla war against colonial rule, Rhodesia earned its hard-fought-for independence from Britain. Less than two years thereafter when Mugabe rose to power in the new Zimbabwe, it signaled the begining of brutal civil unrest that would last nearly a half decade more.

With The Stone Virgins Yvonne Vera examines the dissident movement from the perspective of two sisters living in a small township outside of Bulawayo. In a portrait painted in successive impressions of life before and after the liberation, Vera explores the quest for dignity and a centered existence against a backdrop of unimaginable violence; the twin instincts of survival and love; the rival pulls of township and city life; and mankind's capacity for terror, beauty, and sacrifice. One sister will find a reason for hope. One will not make it through alive.

Weaving historical fact within a story of grand passions and striking endurance, Vera has gifted us with a powerful and provocative testament to the resilience of the Zimbabwean people.