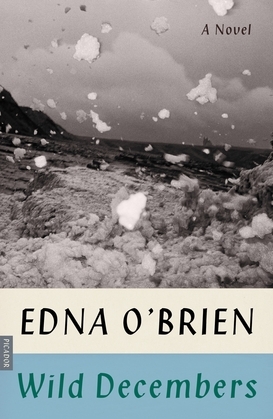 by Edna O'Brien (Author)
Excerpt
Fiction Literary English literature Irish literature
warning_amber
One or more licenses for this book have been acquired by your organisation details
EPUB
Unlimited loans, 2 years, One at a time
Details

Wild Decembers is a newly reissued edition of the novel by Edna O'Brien, "one of the most celebrated writers in the English language" (NPR's Weekend Edition).

Wild Decembers charts the quick and critical demise of relations between Joseph Brennan and Mick Bugler—"the warring sons of warring sons"—in the countryside of Western Ireland. With her inimitable gift for describing the occasions of heartbreak, O'Brien brings Joseph's live for his land to the level of his sister Breege's love for both him and his rival, Bugler. Breege sees "the wrong of years and the recent wrongs" fuel each other as Bugler comes to claim recently inherited acreage on what her brother calls "my mountain." A classic drama ensues, involving the full range of bonds and betrayals and leavened by the human comedy of which Edna O'Brien rarely loses sight.

A dinner dance in the village of Cloontha and the seduction of Mick Bugler by an eager pair of uninhibited sisters rival Joyce in their hectic exuberance. But as the narrative unfolds, the reader is drawn into the sense of foreboding in a place where "fields mean more than fields, more than life and more than death too."