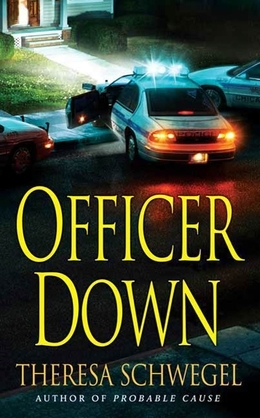 The Chicago Police Department says Samantha Mack shot her partner, Fred, during the confusion of a bungled pursuit. Mack says it was their quarry, a violent pedophile named Marco Trovic, who fired the deadly round in that darkened room. But Mack was knocked out and can't really say what happened.

When no evidence of Trovic is found on the scene and the bullet is shown to have come from Mack's own gun, the Department labels Fred's death as a case of friendly fire.Back at the station, it seems no one believes Mack's account. Not Internal Affairs investigator Alex O'Conner, and not even Mack's lover, whose best attempts at support leave her as cold as the wind whipping across Lake Michigan.

With the Department looking to quiet the bad press, Mack can't count on anyone to help her track down Trovic. Even if she can somehow find him in the dark recesses of Chicago's underworld, can she prove that Trovic was the shooter? With her back to the wall and her career at stake, now it's time for Mack to take matters into her own hands to clear her name?and avenge her partner's death.

Theresa Schwegel Officer Down is the winner of the 2006 Edgar Award for Best First Novel.