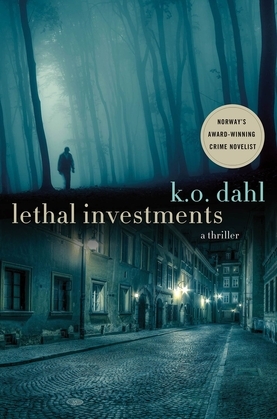 A string of murders sucks the Oslo Detectives into a maelstrom of dark secrets in the latest from the master of Norwegian crime writing.

Lethal Investments opens seven years prior to the case that started it all: The Fourth Man. It's the early nineties, and Oslo is driven by the rapid success of the IT boom. When Reiden Rosendal, a beautiful young woman, is found brutally murdered in her apartment, Inspectors Gunnarstranda and Frølich's top suspect is her lover?until he's discovered dead, too. A trail of clues points the team towards the software company where Reidun worked?a labyrinth of secrets where employees' business and the private lives intertwine in a thick web of hurried sexual dalliances, hushed affairs, and downright lies. When yet another body connected to Reidun surfaces, Gunnarstranda and Frølich must race against time to lay bare the murderer's dark secrets and stop the senseless killing.