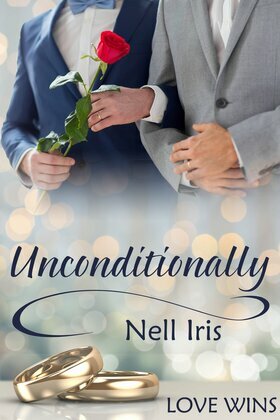 Flamboyant book café owner Luca Moretti and geeky doctor Gus Hansen have been together for six years when the Supreme Court ruling makes same-sex marriage legal in all states. On June 26, 2015, Gus gets down on one knee and Luca screams yes.

On their wedding day, shortly before the ceremony, Luca’s mother explodes in anger, calling him a freak. The reason? He’s wearing a white veil, sprinkled with crystals.

Their relationship has been strained for a long time, and her words trigger traumatic memories. Instead of walking down the aisle, Luca runs.

Away from his mother. Away from Gus.

Gus counts down the minutes when Luca’s mother comes knocking. He realizes something’s wrong, but when he goes to talk to Luca, his husband-to-be is nowhere to be found.

Can Gus find Luca in time and manage to convince him to come back and get married?