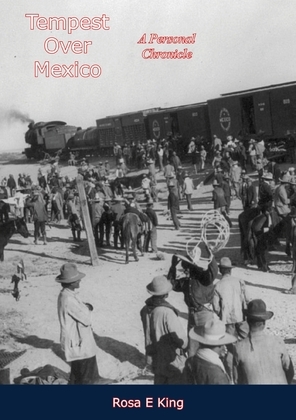 Here is a set of memoirs by an English lady, who went to the resort city of Cuernavaca in Morelos in 1905. After the death of her husband...by 1910 she had purchased a tourist hotel and catered to the Mexican leaders of the day who frequently resorted to the beautiful southern city.

Soon there came on the horrors of the revolution which Mrs. King clearly shows to have been a clash between the fundamental rights of man and intolerable exploitation by a class themselves most attractive as friends and acquaintances. The leader of the south, Zapata, is frankly ranked only after Hidalgo and Juarez in the social emancipation of Mexico. His personal foibles are not mentioned but the significance of his movement is constantly emphasized...

There is no effort to portray the causes behind the political moves of the day. In fact, all politics are so carefully avoided that even the famous last trip of Madero to Cuernavaca is left with a queerly inadequate explanation. The high point of the narrative is the two chapters devoted to the siege of the southern city and the three covering its evacuation and the tragic journey of the people to Toluca. This account is stark and so unreal as to leave the reader almost skeptical were it not for a force and detail and a local description that bear the stamp of fact. Throughout, the author's theme is: "The Zapatistas were not an army; they were a people in arms". Though the immediate results were ruin, death, and destruction, the writer firmly believes the revolution justified and that "strong nations the world over have been built on the ruins of a just revolt".

Now, thirty years later, the author, broken in health and with property gone, has retired to live in her beloved Cuernavaca, sincerely loving the humble and the great of her adopted country.

In short: A book of memoirs by a competent observer; and withal one that is intensely interesting both to layman and scholar.-W. H. CALLCOTT