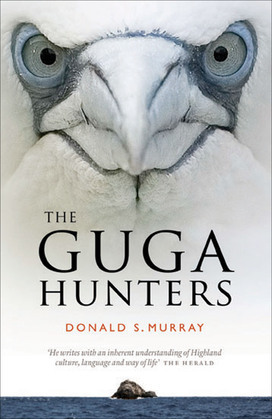 This Scottish Highlands history celebrates the traditional Gaelic bird hunt undertaken each year on the island of Sula Sgeir north of the Outer Hebrides.

Every year, ten men from Ness, at the northern tip of the Isle of Lewis, sail north-east for some forty miles to a remote rock called Sula Sgeir. Their mission is to catch and harvest the guga; the almost fully grown gannet chicks nesting on the two-hundred-foot-high cliffs that circle the tiny island, which is barely half a mile long. After spending a fortnight in the arduous conditions that often prevail there, they return home with around two thousand of the birds, pickled and salted and ready for the tables of Nessmen and women both at home and abroad.

The Guga Hunters tells the story of the men who voyage to Sula Sgeir each year, capturing their way of life and the drama of their exploits. They speak of the laughter that seasons their time together on Sula Sgeir, as well as the dangers they have faced. Delving deep into the social history of Ness, local historian Donald S. Murray also reveals the hunt's connections to the traditions of other North Atlantic countries. Told in his district's poetry and prose, Murray shows how the spirit of a community is preserved in this truly unique tradition.